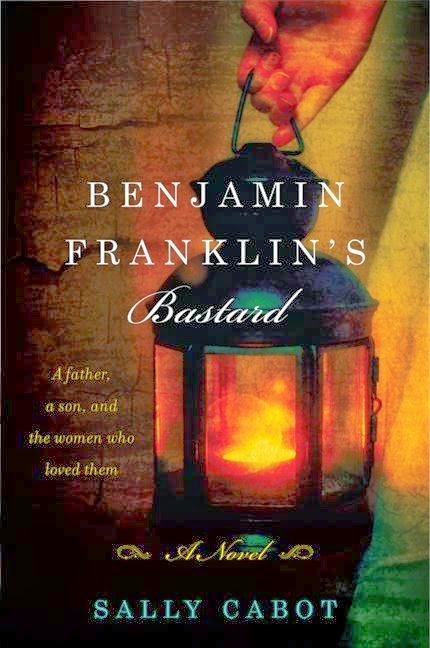 ‘An absorbing read and compelling work of literary historical fiction, set in Colonial Philadelphia, that brings to life a little-known chapter of the American Revolution–the story of Benjamin Franklin and his bastard son, and the women who loved them.
Sixteen-year-old Anne is an uneducated serving girl at the Penny Pot tavern when she first meets the commanding Benjamin Franklin. The time she spends with the brilliant young printer teases her curious mind, and the money he provides keeps her family from starving. But the ambitious Franklin is committed to someone else, a proper but infatuated woman named Deborah Read who becomes his common-law wife. At least Anne has William, her cherished infant son, to remind her of his father and to soften some of life’s bleakness.
But growing up a bastard amid the squalor of Eades Alley isn’t the life Anne wants for her only son. Acutely aware of the challenges facing them, she makes a heartbreaking sacrifice. She will give up William forever, allowing Benjamin and Deborah Franklin to raise him as their own.
Though she cannot be with him, Anne secretly watches out for her beloved child, daring to be close to him without revealing the truth about herself or his birth, and standing guard as Deborah Franklin struggles to accept her husband’s bastard son as her own.
As the years pass, the bustling colonies grow and proper, offering opportunities for wealth and power for a talented man like William’s father. Benjamin’s growing fame and connections as a scientist, writer, philosopher, businessman, and political genius opens doors for the astute William as well, and eventually King George III appoints Benjamin’s bastard son to the new position of Royal Governor of New Jersey. Anne’s fortunes also rise. A shrewd woman of many talents, she builds a comfortable life of her own–yet nothing fills her with more joy or pride than her son’s success and happiness.
But all that her accomplished son has achieved is threatened when the colonies–led by influential men, including his own father–begin the fight for independence. A steadfast, loyal subject of the British Crown, William cannot accept his father’s passionate defense of the patriot’s cause, and the enduring bond they share fractures, a heart-wrenching break that will forever haunt them and those they love.
A poignant tale of passion, family, love, and war, Benjamin Franklin’s Bastard skillfully brings into focus a cast of remarkable characters drawn from real life, and vividly re-creates one of the most remarkable and thrilling periods of history–the birth of the American nation.’

When I think of Benjamin Franklin, I think of an old man who is balding, wears spectacles and preaches freedom to the American colonies. I really don’t think of him as a young man, who had romances in his life, even though he surely was a young man at one time. I found this book to be a little different because it takes a prominent historical figure and focuses, not on the accomplishments of that person, but of their actual life. It was a nice view into what made Franklin who he was and what led him to do the things he did. It did seem a little weird to think of him having romantic relationships with women, but one cannot rule out the fact that obviously something had to happen in order for him to have a son.
Sally Cabot has a way with weaving fiction and historical fact in this novel and I find it to be very interesting and compelling at the same time. It was nice to see a complete different side of someone so revered in our country’s history and to see how he struggled with his passions and relationships and how they made him the remarkable person he was. I had no idea that Franklin had a common-law wife or that he even fathered children. Little is said about that in history as it is overshadowed by his other accomplishments. I enjoyed learning something new and Cabot’s portrayal of real events.
This book does focus a little on the American Revolution, but mainly it focuses on Franklin and his relationship with his bastard son, the mother of this son, and his common-law wife. I couldn’t help but be disappointed in the outcome, not anything to do with the author, but how things really turned out. I was hoping that things would have ended better for the son and the famous father, but alas they didn’t. I think this was a fantastic read and was very impressed with this one. I love the different approach, as most authors would have focused mainly on Franklin and his achievements, but those took second place to the theme of family in this one. A beautiful book that was definitely worth reading.